There are so many things to do during your getaway at The Captain’s Manor Inn we thought we would provide some suggestions for Cape Cod day trips to help with your planning.  Some of the day trips are centered in Falmouth, others in neighboring towns like Sandwich, still others are explorations of the Islands or the Cape Cod Lighthouses.  Enjoy scrolling down the page and reading about several day trip options.

Post by Lauren LaScalia (sous-chef at Captain’s Manor Inn) Whale Watching in Provincetown, Cape Cod is the perfect summer outing. Over the fourth of July weekend, I ventured  down route 6 to Provincetown. I was excited to check out a place I had never been to but had heard so much about. Immediately when I […] 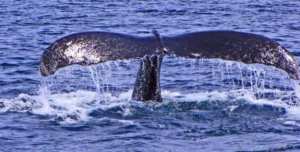 A favorite venture for many of our guests is going on a Cape Cod Whale Watching trip.  Our sister and brother-in-law recently visited from North Carolina and that was a must do on their 25 year anniversary trip. The options are many depending often on how long you have to spend for the day.  For […]

A Plymouth day trip or 1/2 day trip is a popular excursion that many of our guests enjoy.  Often guests will choose to explore Plymouth on their way to us in Cape Cod or on their way back to Boston’s Logan airport to travel home or even  while traveling to Northern New England while on […]

The island of Nantucket is best known for two things. First, its long history of maritime pursuits and secondly it’s attraction for celebrities and tourists alike. When staying at the Captain’s Manor Inn and planning for a day trip to the island of Nantucket, we recommend you start your day with a full breakfast at […]

There’s something so appealing about visiting a lighthouse. It may be the magnificent scenery, or the history it represents, or simply the romance of the sea. From the upper Cape just over the bridge, to the tip of the Cape in Provincetown there are countless lighthouses to be explored. Right in Falmouth, Cape Cod we […]

Just a short 1/2 hour drive from The Captain’s Manor Inn, Sandwich was the first Cape town settled in 1637 and its name was based on a seaport in Kent, England. What was a small agrarian community changed dramatically when a Boston businessman Deming Jarvis established a glass factory in Sandwich. The Boston and Sandwich […]

One of the most popular Day Trips for our guests is a visit to Martha’s Vineyard during their stay with us. They love that the island is located only seven miles off the Massachusetts coastline and it is only a 45-minute ferry ride from Woods Hole, Falmouth. We invite you to scroll down for a brief […]